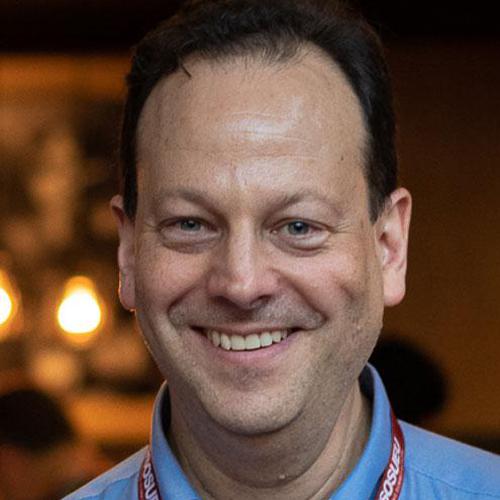 COMPETITIVE INTELLIGENCE IS THE NEW NORMAL

Glenn has been developing innovative recruiting and branding strategies, techniques and tools in scalable, cost-effective ways since the last century. After 3 years managing an 8-person diversity sourcing team focused on North America at State Street, one of the world’s largest custody banks, in 2018, he was asked to strategize and implement a global central sourcing function for the company’s experienced level talent needs, based primarily out of India, which he continues to build on.

From 2010-15, he was North America Group Manager of the Sourcing Center of Excellence at Avanade, a $2 billion IT consultancy owned by Accenture and Microsoft. He trained an online-focused offshore team in China and a junior US-based phone screening team, plus some EMEA and LATAM training and talent sourcing initiatives.

In 1997, Glenn created one of the recruiting industry’s first Internet sourcing seminars, later known as Recruiting-Online.com, training recruiters and sourcers from hundreds of companies ranging from the Fortune 500 to small staffing firms, becoming the first self-paced, 100% online course for learning candidate sourcing in 1999. His popular “Beyond Job Boards” presentations have helped job-seekers tap the hidden employment market via innovative methods around search, social networking, and personal brand enhancement activities.

Glenn was a senior Internet researcher for Microsoft from 2005 to 2008, focusing on competitive intelligence and proactive international sourcing, following 2 years in a similar role at Getronics North America, where his work contributed meaningfully to two finalist nominations in 2005’s ERE’s Excellence Awards.

Glenn entered the recruiting field in 1996 by founding one of the first newspaper-owned regional job boards, JobSmart, which won the industry’s two most prestigious awards in 1998: the EPpy Award (Editor & Publisher) and the Digital Edge Award (Newspaper Assn. of America).

He was the official Internet recruiting certification instructor in 2000 for SHRM’s Northeast Human Resources Association (NEHRA), in 2001 for the Boston Herald’s Jobfind.com and in 2002 for the Boston Globe’s BostonWorks.

Glenn remains a leading innovator in online sourcing methods and application of Internet tools to recruiting. Besides presenting at sourcing/recruiting conferences and penning articles for trade publications and portals, in 2014 he co-founded the Boston Area Talent Sourcing Association with past SourceCon Grandmaster Randy Bailey and occasionally blogs about Advanced Online Recruiting Techniques. He is a graduate of Yale University.